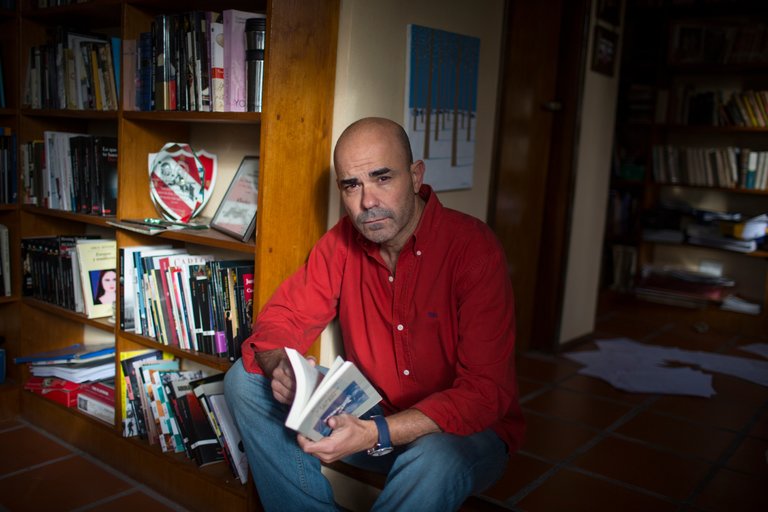 Writer Looks to Soccer Field for Peaks and Valleys of Argentine Life
CASTELAR, Argentina — It was with low expectations a couple of decades ago that a young Argentine history teacher dropped off a selection of his short stories on soccer with the host of a weekly soccer-themed radio show. He knew that the host, Alejandro Apo, frequently read stories about the sport on the air, but usually the work of famous authors in the popular local genre.

Hope faded further when the teacher, Eduardo Sacheri, tuned his portable radio to the Saturday program and heard nothing from Mr. Apo about him or his stories. The next Saturday, Mr. Sacheri tuned in again, but this time he got a thrill. Mr. Apo was reading “You’ll Have to Forgive Me,” Mr. Sacheri’s tribute to Diego Maradona, the star player who guided Argentina to the 1986 World Cup.

As it turns out, Mr. Apo was touched by the innocent tone of a letter that Mr. Sacheri had sent along with the stories and decided to read the piece without even reviewing it beforehand. “I took a huge risk,” Mr. Apo said. “It could have flopped.”

Instead, it was the first step in a distinguished career that has led Mr. Sacheri to be ranked with renowned 20th-century Argentine authors like Osvaldo Soriano and Roberto Fontanarrosa, who wrote short, emotive soccer stories.

Despite his modest start, Mr. Sacheri, now 48, has emerged in recent years as one of Argentina’s most prominent authors and scriptwriters. Besides his work on a movie that won an Oscar for best foreign-language film in 2010, he has revived the soccer story as a respectable literary genre with compelling tales that use the sport as a prism to explore his nation’s idiosyncrasies.

He often finds himself wondering how it all happened.

“It’s like a chain of surprises,” Mr. Sacheri, who has thick eyebrows and graying stubble, said in an interview in a cafe here in Castelar, the anonymous Buenos Aires suburb where he grew up and still lives. “My literary goals were always very modest: I just wanted to hear my name on the radio.”

When he did, that Saturday in October 1996, he rushed to preserve the memory. “I go to find a pay phone,” he recalled, “I ring my wife. I tell her to switch on the radio and to record it, so we could save it on a cassette.”

In the years since, Mr. Sacheri has found critical and commercial success.

“Sacheri took the baton from Soriano and Fontanarrosa,” said Cristina Mucci, a prominent cultural commentator and book critic. “He adopted a popular subject, then added his own reflections and anecdotes that clearly resonate with a mass public.”

Over the past few years, Mr. Sacheri, who writes from a room overlooking the garden of his home, has also vaulted to international fame, giving Argentine fiction a new audience.

Mr. Sacheri followed up the Oscar in 2010 with the prestigious Alfaguara Prize, announced in Madrid in April, for “The Night at the Power Station,” set amid the economic and social upheaval in Argentina in 2001-2.

It is all a long way from his beginnings as a writer, when he mulled over stories through the night seated at his olive-green Remington typewriter, muffling the clank of the keys with a blanket so as not to wake his wife.

The writing was therapy of sorts, Mr. Sacheri said, helping him cope with the loss of his father to cancer when he was just 10.

“Life is full of tragedy,” Mr. Sacheri said, “and the death of my father made me face up to tragedy very early on. I saw my friends enjoying the security of childhood, when you think everything is eternal. But I was living with sadness, with the knowledge of transience, which makes you halt and observe. And that’s what a writer does.”

And for Mr. Sacheri, as for so many Argentines, soccer has been a touchstone, a connection to family, community and nation. He plays twice a week with friends. And he regularly attends the matches of Club Atlético Independiente with his son, Francisco, 19.

Mr. Sacheri’s first book, “Waiting for Tito,” is a collection of stories that tap into how soccer often permeates the ruts and peaks of Argentine life, from boyhood to family traditions, and even death.

“In Argentina we are made out of soccer,” said Mr. Apo, 61, “so it becomes a vehicle to transmit other ideas.”

When Argentines experience instability and hardship, as they did during the economic crisis of 2001-2 that plunged millions into poverty, many coalesce around soccer, Mr. Sacheri said.

He recalled once seeing a graffitied wall close to the stadium of a minor-league soccer team in Castelar nicknamed Gallo, or Rooster. Borrowing a line from an Argentine rock song, the graffiti read, “Gallo, my only hero in this chaos.”

In “The Keys to the Kingdom,” a compilation of short soccer stories published last year that he had written for El Gráfico, a sports magazine, Mr. Sacheri evoked that graffiti. “I saw it as a synthesis of how we identify ourselves through soccer here,” he said, “the feeling that in this world crumbling around me, the only thing that is solid and permanent is Gallo.”

Mr. Sacheri’s own struggles to make a living as a young man have helped him to understand the hardships endured by Argentines. He graduated from a university near Castelar, and he soon sought a second degree with the idea of becoming an academic historian.

To make ends meet, Mr. Sacheri worked as a clerk in a criminal court in the late 1980s, an experience that ultimately produced “The Secret in Their Eyes,” his 2005 novel about a botched investigation into a decades-old murder that he adapted with Juan José Campanella, an Argentine filmmaker, into the Oscar-winning film.

Mr. Sacheri also had jobs in a video rental business and a convenience store that sat right in the projects. He remembers the dread of carrying the day’s receipts through the crime-ridden apartment blocks to the bank.

“I thought, ‘It can’t get worse than this,’ ” he said. In desperation, “I decided to start teaching in secondary schools.”

He continues to teach a history class one morning a week at a nearby secondary school. But he kept on writing until fame and financial security found him.

Still, Mr. Sacheri resists the temptations that come with success, so as not to distance himself from the tribulations of the ordinary Argentines who drive his narratives, Ms. Mucci said.

For example, in “Papers in the Wind,” his 2011 book about friendship that has a soccer-based plot, much of the story happens in Castelar. “Years later,” Mr. Sacheri said, “I realized that the book was about throwing the anchor down so I didn’t lose touch.”

When Mr. Sacheri described the Oscar triumph in 2010 — a pivotal moment of his career — he carved out a comparison to a soccer match.

As Quentin Tarantino and Pedro Almodóvar took the stage to announce the award, Mr. Sacheri could not bear to watch, stepping out of the conference room at the Mondrian hotel in West Hollywood, where he and a score of colleagues had gathered. “Like those people who when there’s a penalty shootout turn their backs or leave,” he said. “If I hear the shouts, I know we’ve won.”

When the roar eventually came, Mr. Sacheri sprinted back in and flung himself toward the celebratory huddle.

Jonathan Gilbert
A version of this article appears in print on June 25, 2016, on page A4 of the New York edition with the headline: Finding Peaks and Valleys of Argentine Life, on the Soccer Field.
Publicado por La Caldera del Diablo
Share to: 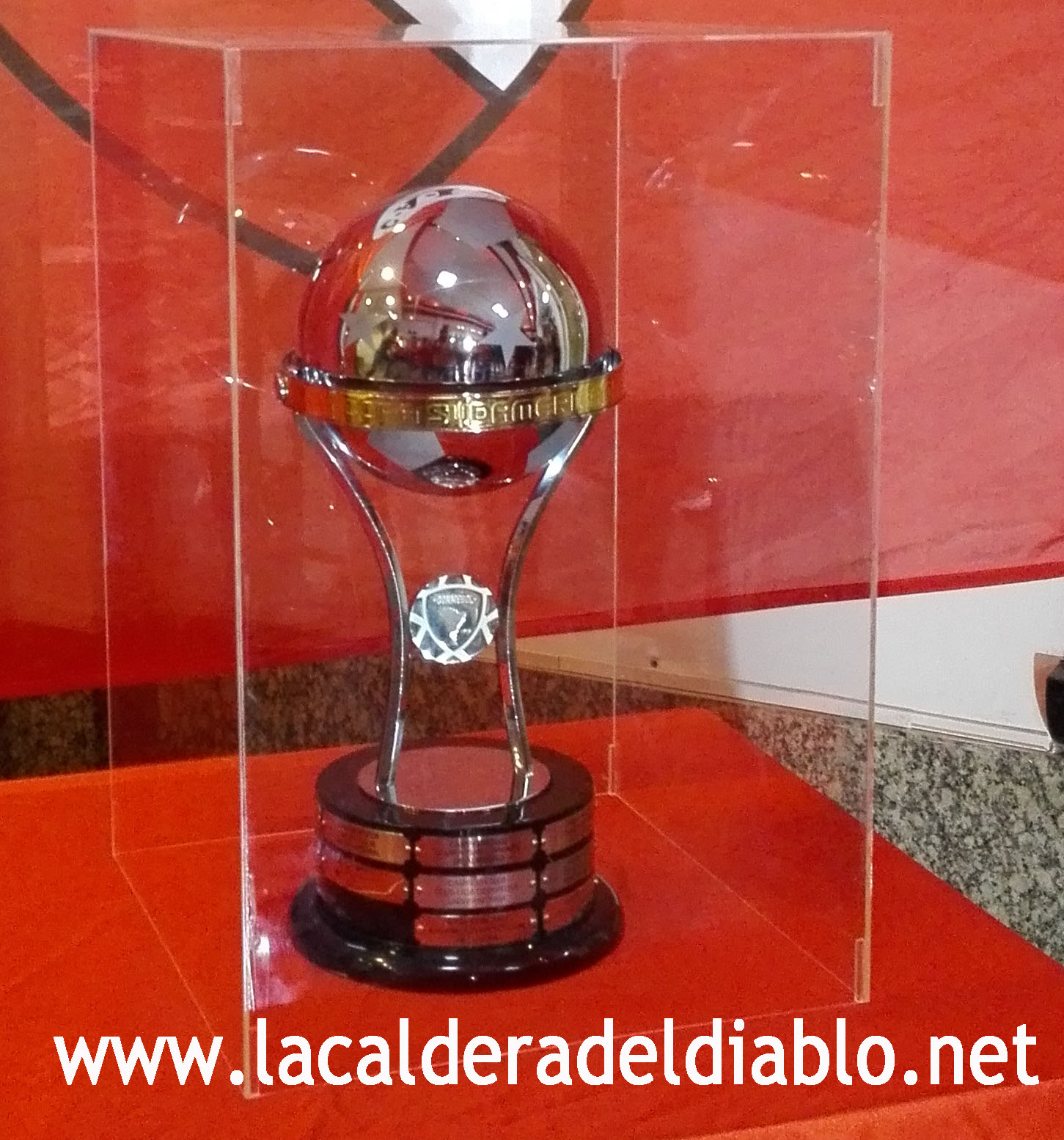 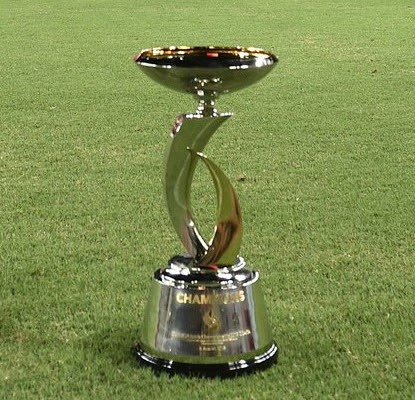 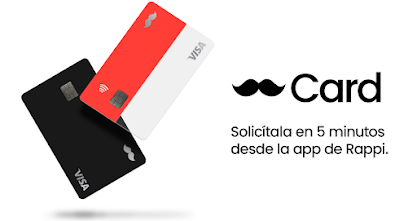 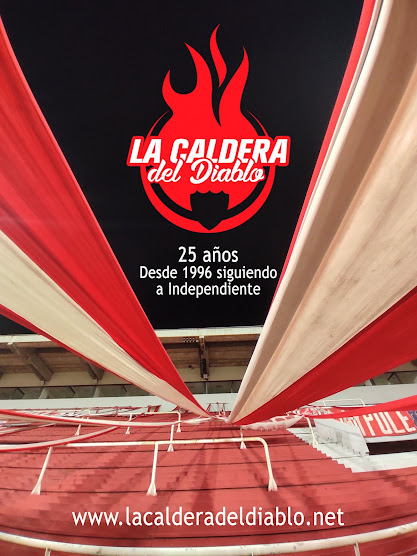